Dan nervously fingers his scalp to check for horns, Kent moves candles with his mind, Matt absolves the Seattle Seahawks, and Heath despairs in his music scouting skills. 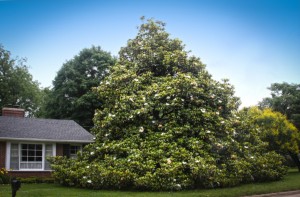 Matt mentioned his finger pin. Here is an X-Ray of it: 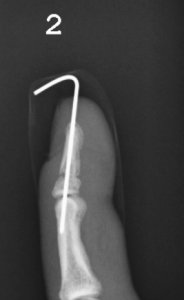 If you are a sicko like Dan, you can look at this really gross picture of the finger. Keep in mind this was taken like a month after the fact.

If you are a fan of the horror genre, Dan recommended the book Horns by Jona Hill. Also you need help, sicko.

I would like to personally apologize to St. Jerome for accusing him of a translation error.  Apparently he translated “horned” correctly, only to have later generations misunderstand (or not?) what “horned’ meant in context.  This guy thinks that Michelangelo knew what he was doing to. This guy talks about some of the harm this misunderstanding of a non-misunderstanding has done. Nonetheless, here is Moses, in all his horned [sic] glory: 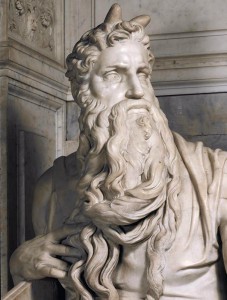 Kent just finished reading and would recommend “Social: Why Our Brains Are Wired to Connect” by Matthew D. Lieberman.

Heath last read The Screwtape Letters by C.S. Lewis, for the 3rd time and discussed The Law of Undulation, which you can read by clicking that link. Please note that the man pictured is C.S. Lewis, not Screwtape.  Also Screwtape is a demon. He is not to be trusted.

Matt last read and would recommend A Study in Scarlet by Sir Arthur Conan Doyle.

The play. I’m sorry, but a pass in that situation is not crazy. It was a good call, good pass, amazing defense.

Dan discussed Cassonova, The Party Robot. Here is a potty-mouthed video to tell you more:

Cassanova might be rusting away in California, but Oscar the Robot is busy entertaining at a state fair near you.

Kent mentioned his belief that Hoverboards were real.  We recommend you “snopes” everything Kent says.

Heath mentioned a Texas boy who failed to “Keep it secret! Keep it Safe!” Lookit, do you want the Ring-Wraiths prowling around your kid’s school? I say job well done, Ms. Principal.

We also discussed a new tool in modern warfare, Catfishin’.

Dan recommends Shovels and Rope: [She is “his” lady, Dan–ed.]

And Kent mentioned some old dead guys. Here’s a quick video to introduce one of them to you: